My trip to Miami: Even the best-laid plans often go awry!

Posted on 21 Mar in News 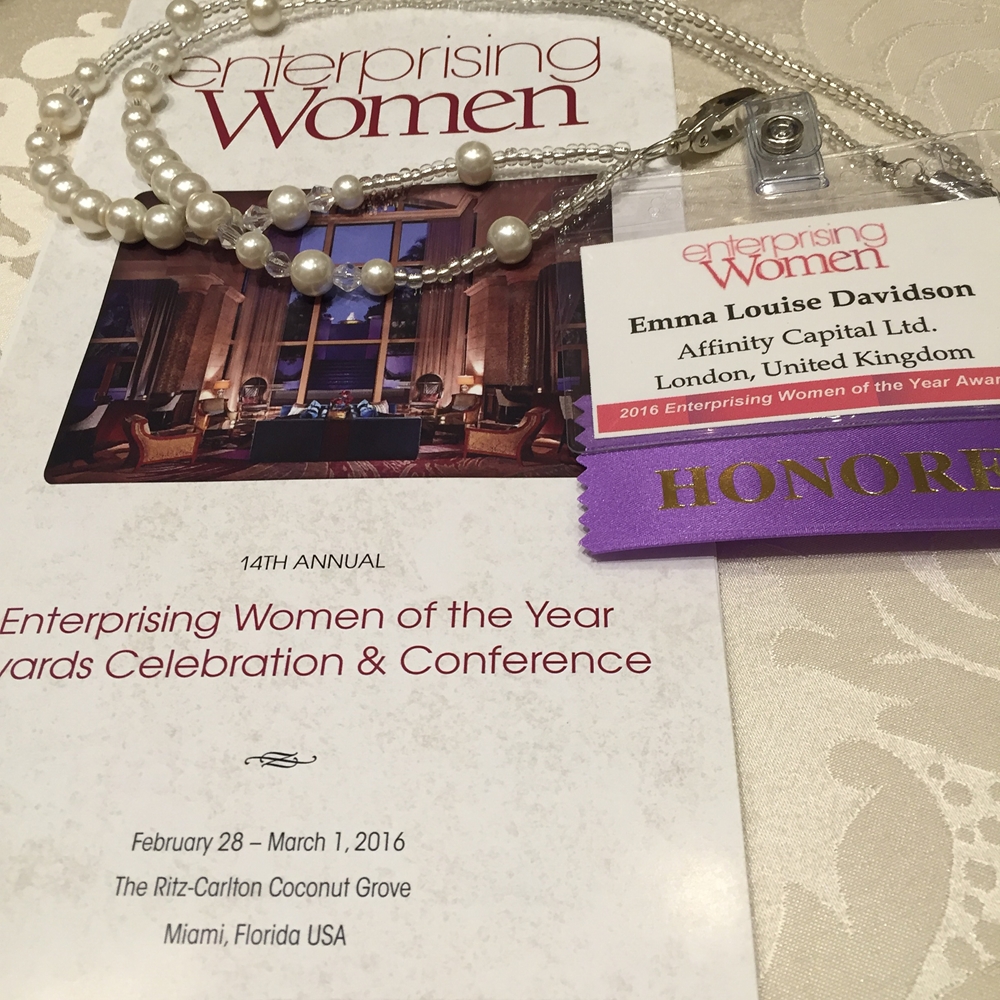 In my last post, I was gearing up for one of the most exciting events of my career – the Enterprising Women of the Year Awards 2016. Enterprising Women magazine had honoured me with an award, and I was thrilled to get the chance to go to Miami for the ceremony and pick up my prize.

Sadly, a terrible bout of food poisoning meant I missed the key parts of the show, including the main awards ceremony. After travelling 4,500 miles from London to Miami, I got laid low by a stomach bug on the eve of the big day! As you can imagine, I was extremely disappointed to miss out on collecting my award in person, but I suppose that is the funny side of life!

Despite this rather unfortunate turn of events; there were still plenty of positives to come out of the event, especially some of the amazing and inspiring people I met during my time in Miami. The level of talent and dedication among these women blew me away, so I thought I'd do a quick shout-out to a few of the fellow attendees who really had an impact on me.

Before I do that, I'd also like to mention how fantastic it was that while everyone at the event came from different countries, backgrounds and cultures, so many of us shared the same values and goals. The women (and men!) I spoke to were deeply passionate about equality, social corporate responsibility and creating a better, greener world with more opportunities for everyone. To me, that is really cool.

As societies become more globalised, I truly believe these are the ideals that will not only make businesses more successful but also make them a positive force for change moving forward. Thankfully, if my experiences at the event are anything to go by, I'm not alone in my opinions!

Jennifer's story hit particularly close to home because of my own experiences in the finance industry.

Without further ado, I'd love to thank some of the businesswomen who I had the opportunity to network with during my trip. They include Susan Frech, who recently sold her very successful company Social Media Link to a private equity firm. We clicked immediately; she was extremely down to earth and friendly, which made it feel like we'd known each other for years.

I also met a really inspiring couple. Christine Lantinen and her partner Randy are the President and Operations Manager, respectively, of gourmet confectionery firm Maud Borup. What impressed me the most about them is that they are a team in every sense of the word – they work seamlessly together both in and out of the office. In fact, it was Randy who decided to take time off after the birth of their first child, which is still so rare in the world!

Michelle Yeh, Founder and CEO of GREEN & Gorgeous in China, and Founder of Ugandan transport company Unifreight Jennifer Mwijukye told me about some of the trials and tribulations they've faced in their respective countries.

China is hardly known for its eco-friendly approaches, but Michelle explained the demand for sustainable brands is rapidly growing, which can only mean good things for her business and our planet! Jennifer, who brought her 14-year-old daughter to the event, struggled in a male-dominated industry but has become accepted and successful through pure grit and determination. Her story hit particularly close to home because of my own experiences in the finance industry.

I could go on and on, and there are certainly some people I've missed out. However, I'd like to end today's blog by sending out a special thank you to Courtney O'Beirne, who was a 17-year-old high school student who I had the honour of meeting during one of the event's mentorship sessions.

Having already completed some work experience, she was eager to learn more about the finance sector. I gave her tips and advice on starting out in the industry, and she showed real enthusiasm and passion. She was even lovely enough to send me an email after the event to thank me for taking the time to speak to her. I predict big things for Courtney in the future!

Overall, my time in Miami was a bit of a rollercoaster ride but having the opportunity to meet with some of the world's most enterprising women – both present and future – was a fantastic and worthwhile experience.