I've won an Enterprising Women of the Year Award!

Posted on 15 Dec in News 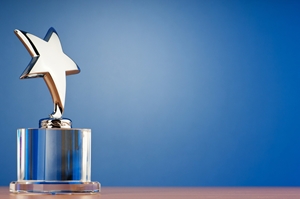 My company, Affinity Capital, has been running for four years now, and while there have been many challenges along the way, I can genuinely say I've loved every minute of the journey. During that time, the business has grown considerably, and I've had the opportunity to work with some wonderful people, both in the finance industry specifically and in the wider entrepreneurial space.

I've written about the difficulties female leaders face on my blog before, so I think it's great when women receive recognition for their hard work and efforts. This is just one of the many reasons why I'm so proud that Enterprising Women magazine has named me as a winner of its annual Enterprising Women of the Year Awards for 2016!

Not only that, but I was also one of just two women based in the UK to receive the honour. Enterprising Women describes the tribute as an acknowledgement of the world's top female entrepreneurs, and it's renowned as one of the most prestigious recognition programmes. There were seven award categories, and I was ruled a winner in the 'over $1 million and up to $2 million in annual revenues' segment.

What I admire about these awards is that they're not given out purely on business growth and success – although these are crucial factors! Winners must also show they are mentors and supporters of other budding female entrepreneurs. In other words, the awards celebrate successful women but also emphasise the importance of giving back to the community, which is fantastic.

"The recipients of the 2016 Enterprising Women of the Year Award represent an amazing group of women entrepreneurs from across the United States and as far away as China, Egypt, South Africa, Uganda, the United Kingdom and Portugal," said Monica Smiley, CEO of Enterprising Women.

"We could not be more proud to recognise their accomplishments as CEOs of fast-growth companies, community leaders and role models and mentors to other women and girls."

All I can say is that I was extremely honoured to simply be a part of such a respected awards programme, so winning has been even more exciting. The awards ceremony takes place at the luxury Ritz-Carlton Coconut Grove hotel in Miami, Florida between February 28th and March 1st next year, and I can hardly wait!